Headed to the Emergency Room

Boo (8 year old) is headed for surgery for a ruptured appendix.  Good grief,  right?  Will post a follow up. 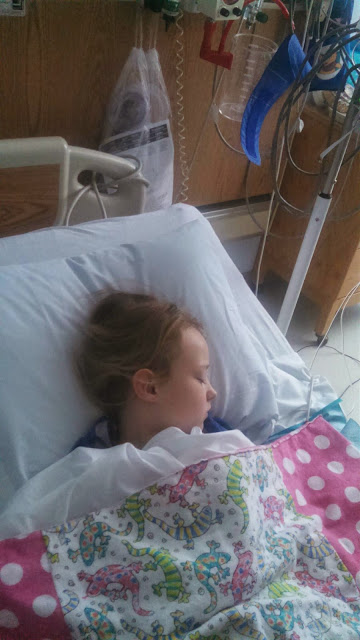 My apologies for my reprieve from the blog. So many things pulling in so many directions, it was the blog that took a back seat. Since all comment posts go straight to my cell phone, I noticed yesterday that two of my three readers were asking where I had gone. ;-)

My homesteading plans have been paused as I contemplate what I should do as a renter. I hestitate to plant gardens and build rain catchment systems because I had high hopes we would find our own property by the end of our first lease. That lease is already coming up fast (November) and it looks like we'll be renewing for another year.

I just don't see much point in establishing something that we might be walking away from in the next 12 months. But the itch to be self sufficient is starting to override my caution. I've begun to care for the trees in the front yard which I was told "should be" fruit producers but have never born  fruit in the past because prior renters/owners weren't interested in  taking care of them. Finally, one day, I couldn't stand it anymore. Two trees were practically laying on the ground. I placed them upright and packed the soil around them, securing one tree with rope to the nearby fence.

I plan to place a rain barrel at the end of the row of trees and run a drip line along them all...allowing for water to slowly seep from small holes situated adjacent to each tree. Perhaps I'll post some pictures of the struggling trees to see if anyone an tell me what they are or what they might produce if nurtured properly.

The chickens finally started to give eggs after Easter. We enjoy the fresh eggs so much that we have purchased five more chicks and have started to raise them. That will be a total of nine layers and one rooster. One, oddly enough, keeps laying giant eggs that has two yokes. I wish we had about twenty layers so I could eat eggs every day.

We have decided, as a family, we'd really like a pig but until we get our own place, it won't be allowed. We're on the fence about two goats for milk when we get our own place. Knowing they would have to be milked twice a day isn't something we're sure we could do just yet. But having the milk would sure come in handy since the girls are drinking a minimum of one gallon per day.

Speaking of the girls, they are all doing fine. Summer break is upon us and they are glad to be out of school. Working is going great and I feel like I finally have a handle on my work duties. My department is performing at award winning levels (literally) and everyone seems pleased with their boss (me).

Macky and I have begun to exercise regularly. I'm down almost 20 pounds and Mack about six. Being in good health, at least for me, is hard to focus on when you have large traumatic events occuring (house fire, whooping cough, dog attack, any other unmentionables.) But I am happy to say that our lives have smoothed out and we can now get back to focusing on our QUALITY of life rather just surviving the next week.